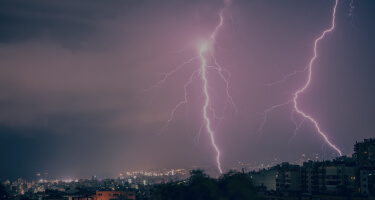 The Japanese Lightning Detection Network (JLDN) is a nationwide lightning detection network in Japan. The JLDN consists of 31 sensors detecting the low frequency (LF) band of electromagnetic waves emitted from lightning discharges. The JLDN has been operated since 1998 by Franklin Japan Corporation. The JLDN is the only one network conforming to the international standard IEC62858 which defines the rules making lightning flash density based on Lightning Location Systems (LLS) in Japan. The observation data obtained from the JLDN has been used to protect human lives, their assets and social infrastructures from lightning damage. 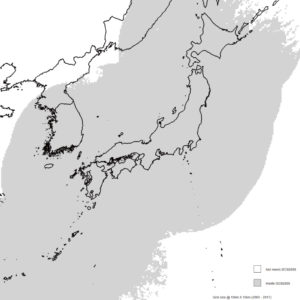 Regions where the JLDN meets the international standard IEC62858

The nominal location accuracy of the JLDN was less than 500 m in most of Japan. According to our recent evaluation, the location accuracy for the negative cloud to ground discharges was in the range between 100 m and 350 m. The minimum peak current of lightning discharges which the JLDN detected was between approximately 3 kA and 5kA. 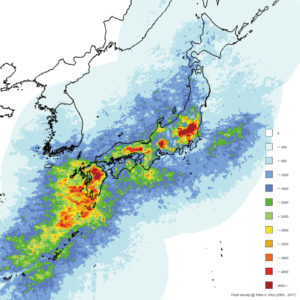 ● Winter lightning occurs in the coastal area of the Sea of Japan.

● Upward leader initiated and developed from a high structure like a wind turbine and a tower.

● The ratio of positive lightning is higher than that of summer.

● The time of continuous current was quite longer than that of summer lightning.

● Winter lightning often has a large electric charge. The charge is from several tens of coulombs to approximately one thousand coulombs. 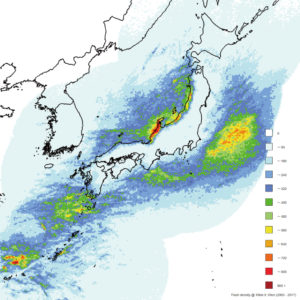 If you are interested in lightning in Japan, please contact us. The most experienced experts and weather forecasters knowing a lot about the lightning observation in Japan will provide various solutions you need.